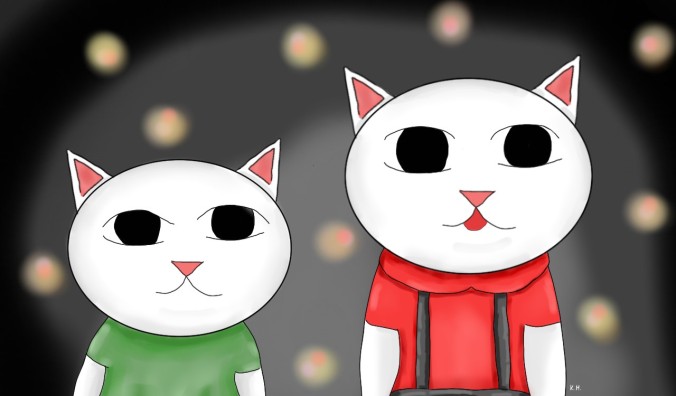 It’s been a while, since I’ve properly reviewed anime. Truth is, I fell out with anime and needed a break (more about that another time). Now that I’ve finished, having a wee sulk at anime, I’m ready to jump right back into it. No better way to rekindle my love of anime, than exploring its more unusual side. Honestly, I was spoiled for choice of strange anime. Picking one was quite the challenge, so I decided to select one at random. I ended up with a cute looking, short film called Cat Soup. It definitely did not fail to please, in the unusual department. So many WTF moments and questioning my own sanity.

Having no proper dialog and being extremely random, it’s hard to describe Cat Soup’s story. But I’ll give it a shot and say what I seen. To make this description easier, I’ll also give the cats names (I don’t think they had names, in the film).

Cat Soup, starts with a little white cat (Katze) playing in a pool of water. Suddenly Katze falls into the pool and looks to be drowning. However, he manages to pull himself out of the water and looks no worse for wear.

Katze is then distracted by the sound of the wind chimes, coming from outside. He runs to see what the commotion is and sees his sibling Pangur Bán, (who was previously in bed sick) being dragged of by a demon. Instinctively, Katze runs after the demon, to save Pangur Bán and ends up playing a game of tug of war with the demon, using Pangur Bán as the rope. This causes Pangur Bán to be rip in half and you then realise it was Pangur Bán’s soul, the demon ran off with. Not Pangur Bán.

Katze quickly returns home, with half of Pangur Bán’s soul. A doctor has come to see Pangur Bán, but Pangur Bán lies lifeless, in bed and the doctor gives up all hope. Katze then places his half of the soul, back into Pangur Bán’s body. Pangur Bán sits up, but sadly appears to have had a stroke.

In order to make Pangur Bán whole again, Katze and Pangur Bán travel to what seems like, the underworld or land of dead, to retrieve the rest of Pangur Bán’s soul. It is here we get to see Katze do a lot of messed up stuff. Including, very creatively murder several creatures and trap a S&M Mickey Mouse in a pot of soup/stew.

It’s a pretty crazy storyline and may be too much for some viewers. It not very clear what’s happening in this film and at first glance, just seems like a bunch of random weird nonsense. But get past that and with a little thought and imagination, you can come up with a theory, that solves the puzzle of this movie. 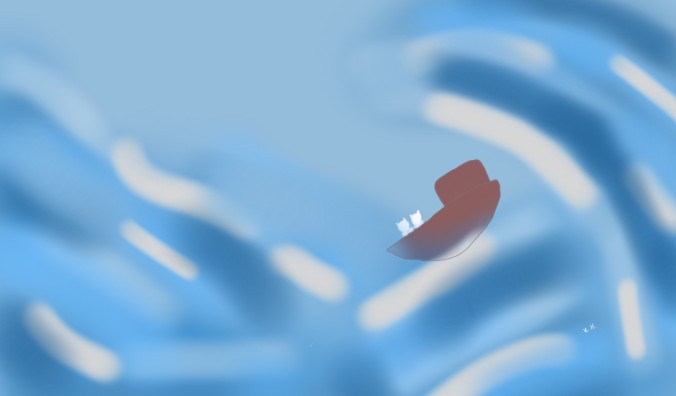 My own theory being, that Katze drowned at the beginning of the film and is actually dead (based on the fact that water, is a recurring theme in the underworld and plays a big role in retrieving Pangur Bán’s soul. Also based on the fact that, everyone but Katze disappears at the end of the film). As for Pangur Bán, I’m not sure. Pangur Bán could have been astral projecting, had a stroke, been very close to death or could have sold their soul to the demon. Also, Katze dying mind could have dreamt up the whole experience.

Overall, I’m not sure of this film. I really can’t say if I liked it or not. It was so very, very strange. It made me wonder, if I had eaten some extremely expired cheese and was hallucinating from the toxins. It’s kind of hard to pick out the good and bad point, when you’re not 100% sure about, what the hell’s going on. But that won’t stop me given it a go.

Cat Soup best quality, is that it’s very captivating. It’ll capture your full attention and you definitely won’t be bored, while watch it. There just some many bizarre and thought-provoking things happening, that you won’t be able to look way. Granted you may be staring at the screen, tilting your head like a confused puppy. But that’s all in the fun of these types of short films. They’re not meant to be obvious and aim to get you thinking. It’s like a moving puzzle, that really enjoyable to try to solve.

Cat Soup also has huge cute factor. Seeing little kitty cats do strange things, is just adorable. However, this only least until Katze does something twisted (like use a half-eaten pig as a mode of transport), then you start to question, if Katze is evil and if you’re watching a horror, from the villain’s point of view. On this point, the animation is pretty good. It’s really interesting and colourful, with a lot of weird and wonder creatures and sights. It is very trippy and unique, but you’d expect that from something, as strange as Cat soup.

Best of all, Cat soup is quiet and has no dialog. Meaning you can watch and relax, after a stressful day in the noisy world. Providing some much needed quite time, while still being entertained and not bored. You can literally just sit and watch it all unfold and let your brain turn off and wind down. Or, you can watch and take it all in and get your brain cogs turning. Allowing multiple viewing opportunities.

My only criticism of Cat soup is that, it could have toned down the craziness a bit. At times, I was left thinking “what the fudge is happening” and “Jaysus, that got disturbing fast”. It was a little too much at times. It went from rainbows and ponies to fire, death and dragons, in a matter of seconds. However, if it was toned down, the film mightn’t have had the same impact on the view and might have got boring.

To conclude, I would say Cat Soup is a very unique film, filled with wonder and madness. It has an interesting story and will very easily capture your attention. It would suit viewers, who enjoy or are comfortable with confusion and like watching thought-provoking shorts. But, keep in mind Cat soup has its dark, twisted and messed up moments. Being under 35 minutes long, I would recommend giving it a watch. If anything, it’ll give you a unique experience.
Rating: 3/5