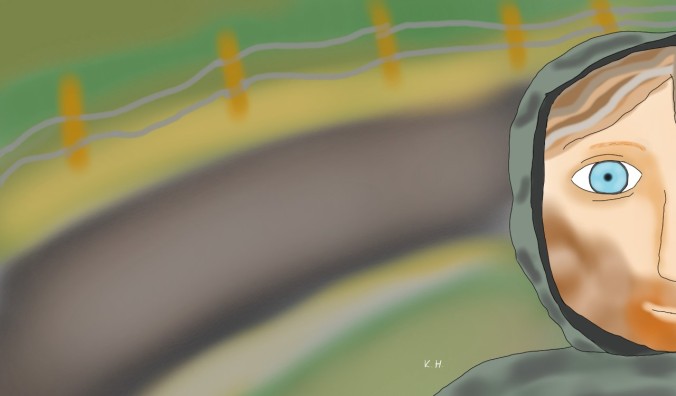 I love recommendations. I’m always so happy when I get them, especially if it’s really good ones. The Road was recommended to me by another blogger, Alternate Dimension and I’d like to say thanks. Post-apocalypse movies are a favourite of mine and The Road was a really interesting one. I liked it a lot. Thanks for a great recommendation, I really appreciate it.

The Road is about, a father and a son wandering in post-apocalyptic waste land, where no animal or plant has survived. They dream of reaching the south coast and finding a better way of life. On their journey they face starvation, sickness, bandits and cannibals. Along the way, the tragic tale of what happened the boy’s mother in this twisted world, unravels bit by bit.

The Road deals with some very serious issues, that some may find upsetting. It’s a lot heavier than the usual movies, I review. For this reason, I’ll try to remain sensitive in this review and I would like to point out, that anything I say is not aimed to upset or annoy. If it does, I am truly sorry, it was not my intention.

I think a good place to start is with the two main characters. The boy is very cute. Somehow in just a horrible situation, he still remains sweet, kind, innocent and very naïve. Your heart really goes out for that little boy, in just an unforgiving world. He’s like Bambi, which is what makes the ending so much more tragic. In saying that, he did have a far better eye for danger and judge of character than his father. If the father had of paid attention to him, it could have saved them from getting into a lot of dangerous situations.

The first thing you notice about the father, is the actor’s (Viggo Mortensen) eyes. I wasn’t even watching in HD and they looked so haunting and soul piercing. If you’re anything like me, you’ll find yourself staring at them, because they’re so captivating and strangely beautiful, but also kind of unnerving. However sadly, I think this was some type of lens or effect. Viggo Mortensen eyes aren’t as pale or grey, as in the film. 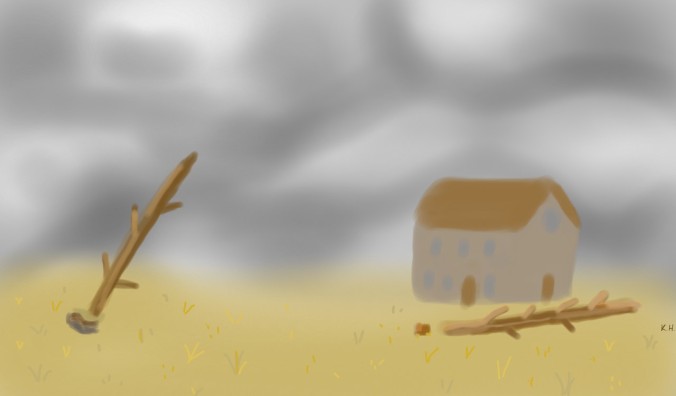 The father is pretty much the opposite of the boy. He distrusts everyone, takes a lot of risks, is kind of violent and thinks the worse. His only reason for living, is to protect the boy and ensure he doesn’t suffer too much. This leads to him being a bit twisted and to some very dark conversations between the father and son. But given the circumstance, you can’t really blame him for being like that.

Overall the storyline was very interesting. It addresses a very serious and dark subject, that won’t be everyone’s cup of tea. Personally, I rather enjoyed this view-point of a post-apocalypse worlds. It was very realistic and thought-provoking. It really gets you questioning, how much post-apocalypse suffering and starvation, would you endure or let your loved one endure, before considering the unthinkable. And also, who could you trust, at the end of the world. Some very dark thoughts, but it’s this that pulls you into the storyline and has you wishing, things get better for the father and son.

The constant threat from gangs of cannibals, added a nice amount of excitement and horror to a film, that would otherwise be a psychological thriller. Towards the end of the movie, it gets more psychological, as we see the boy’s character, go from scared little boy, to a kind-hearted humanitarian and then to a fearful reflection of his father. You go on quite the emotion filled journey with the boy, making for a very emotive watch.

One down side to this film, is its pace. It’s very slow and at times you wonder about the direction of the film. Given that the characters are wandering around a dead waste land by foot, you can forgive this. Quickening the films pace, would have made it seem over dramatized and unrealistic. In the end, the story unravels quite nicely and the slow pace, gives you the chance to get to know the 2 main characters and observe the sweetness and love of their relationship.

In all, The Road was different from any other post-apocalypse film, I have watched. The combination of cannibalism, the nature of its apocalyptic disaster and relationship development between characters, is not something I’ve seen often in this type of film. I think this gives The Road an interesting take on the post-apocalyptic world.

The Road is also a very thought-provoking film, that has you constantly questioning, who is saving who. Is the father saving his son or is the son saving the father? In a way, they are each other keepers, which makes the story very beautiful, but also heart-breaking. If you enjoy post-apocalypse films or films with cannibals, The Road is definitely worth checking out.
Rating: 3.5/5